Warning: Use of undefined constant tresc - assumed 'tresc' (this will throw an Error in a future version of PHP) in /home/gospelso/www/piotrmitko.com/index.php on line 96
 Iceland - biking beyond the horizon | Podróże rowerowe > Blog 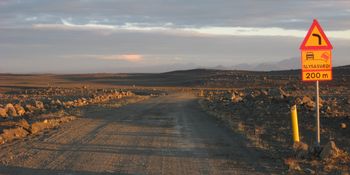 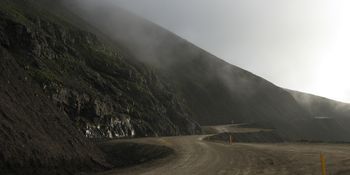 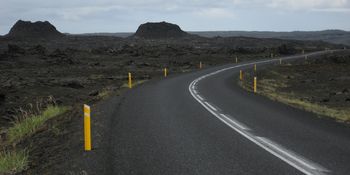 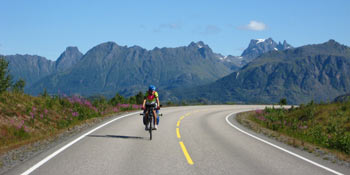 Iceland - biking beyond the horizon

By my trip across Iceland I wished to help one man to stand up. What does it mean?

Let me tell the story... Two years ago, at Iceland, one day I ran out of food. Then I accidentally met people, who shared with me what they had to eat. When I asked how to repay them, they said "you can't repay us - pay it forward to somebody else!". It moved me, and I promised to fulfill these words one day...

During the preparation to my this year's expedition I got the idea to help somebody. I can say that my first trip to Iceland has changed my life; during the second, I wanted to change life of somebody else. This is what this short film is talking about:

With help of Work Express company, which organised my second trip, I contacted the Jaś Mela Foundation “Beyond Horizons”, which helps people after amputations. They proposed Jarek Kosiński from Krapkowice as the candidate. Jarek had his right leg amputated, due to bone cancer. In 2011, his old prosthesis that he was using for many years, broke down. The new one (ordinary, one of the the simplest) costs about 40 thousand zł (10 thousand EUR).

On August, 5th, I finished my lonely, one-month trip. Thanks to readers of my blog and many other people we've raised (so far) 1/3 of prosthesis' cost!

The most meaningful for me is to help other people, that I don’t really now, because this is what I’ve experienced many times during my trips. For me it is an opportunity to pay back for all the help I got during my previous trips, mostly from strangers. But, actually, I can't help Jarek without you!

If you want to help, 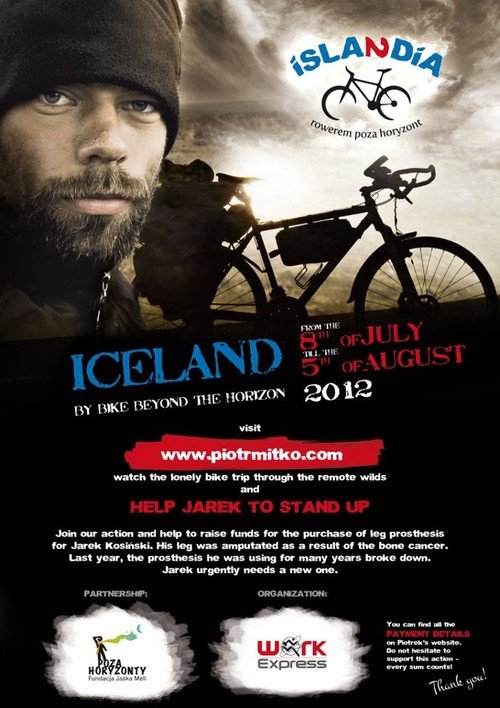 
transfers from outside Poland:

Thank you in advance for your generosity!

At the finish of my trip, I had an unique opportunity to lick science fiction, enter to the almost-space lab and feel like inside a program from Discovery channel. I was invited to the main office and factory of Össur, the world's second producer of prostheses. I was very impressed, but also shocked.

I saw almost all the stages of prostheses production. In Reykjavik arise elements from carbon fiber, titanium, aluminum, silicon, and electronics. Components made of carbon are extremely lightweight and have a shape memory. Artificial foot can collaborate with artificial knee, so that after 4 steps it adopts an owner's style of walking - with adequate amortisation strength and speed of each step and bouncing to the next. Cover of the prosthesis may have the same color as the skin of the client, and it is not a cold plastic, but flexible, soft silicone, reminiscent of the skin in touch. Each new product must pass the test of 2 million steps (they use robots, of course) - it's as much as the average person is doing for 2 years. During the whole life we circle the Earth 3 times (well, some people more ;) At Olympic Games in London you could see a sprinter running on prosthesis made in Iceland. Terms allows a sole could have 13 or 15 spikes - Össur collaborated with Nike to find best collocation of them. I was shown a video from a test of the prosthesis. Guy was running like a cheetah. Incredible.

So it was great trip. Yes. But some numbers gives food for thought. The production scale passed my imagination. This company employs 3,000 people and sells about 3,000 products each week! I was told that only in Namibia are almost 3 million people after amputation - most of them will never be able to buy such good stuff. What a frightening number - so much victims of accidents, diseases, and wars in the world... 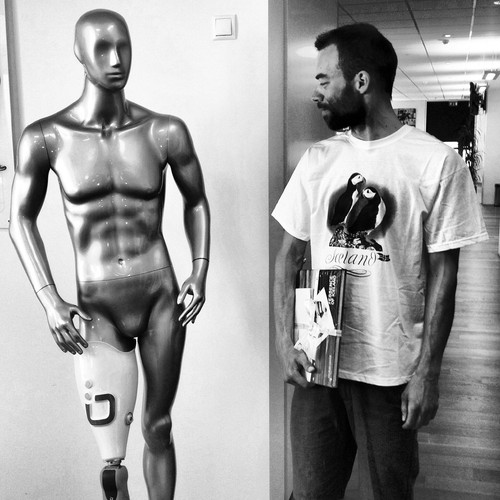 But what I saw is giving hope: they employ many engineers and designers, they invest big money in researches, and they are trying to make their products as close as possible to the works of the Nature. You could see passion in the eyes of a man who I talked about all this.

At the picture I keep a gift for Jarek from the Össur. The Company wishes success of our action. I believe that we can do a lot of good things, if we join forces. Finally, we will come to 40 thousand!

The number of people who dream of a prosthesis, left me in deep shock. And now how could you look on your hand or foot, move your fingers and not think "how good, that you are...". Well, I have both legs - sometimes they hurt, sometimes they are lazy, but I have them. So I ride...

Homework: think about how much you have.